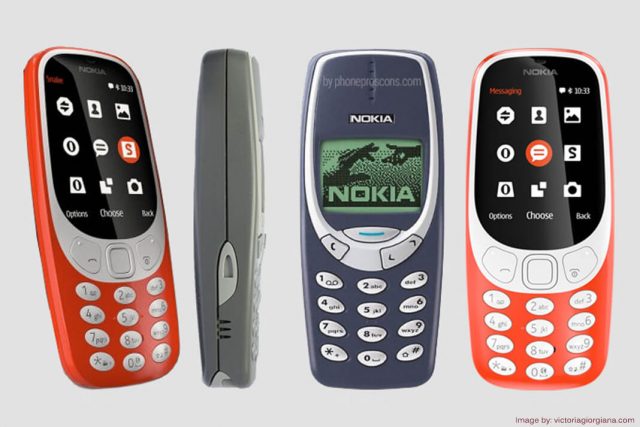 Nokia, once the industry leader that got decimated due to its wrong and prolonged bet on windows OS, still commands a considerable fanbase across the globe- more than willing to ditch other companies to embrace its return. And naturally, when earlier this year it revealed its new line of phones, it made quite a buzz in the tech industry for the obvious reasons. But one thing that had kept its fan on their heels was the lack of exact date from which they could actually start buying one of these phones.

That wait is over too.

HMD Global, that signed a contract with Nokia for manufacturing and marketing its phone, has now announced that the immensely popular Nokia 3310 will be getting back on shelves from May 24. Though this initial launch is limited to just the UK, Germans can purchase the phone from May 26. The phone will be then made available in Belgium and Netherlands from June 5, which is expected to be shortly followed by a global launch. The price tag that the company has attached is GBP 49.99 in the UK and EUR 59.99 in other European nations.

If you do not already know, Nokia 3310 is a feature phone that used to be very popular before smartphones came, and now the company has tweaked the original version with minor improvements and color variants for a relaunch.

While many tech analysts believe the launch to be a mere attempt to reboot the original brand identity among users before it launches its more sophisticated and premium devices, others feel there are still many users who prefer feature phones over smartphones and this launch is an attempt to address those customers. Whatever it may be, the phone is destined to bring back the nostalgia of the good old days.

On a different note, the company also has many smartphones in pipeline, the launch details of which still haven’t been made public. If you are interested in one of those, stay tuned for the latest updates.