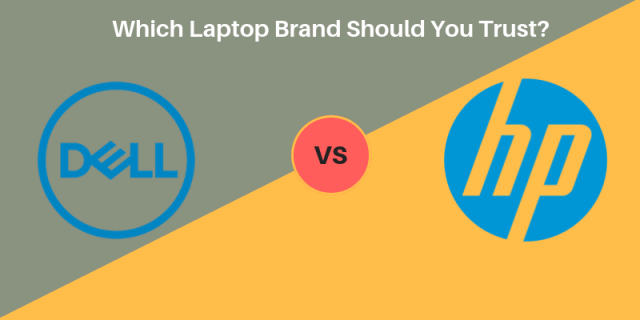 Coke vs. Pepsi, Visa vs. MasterCard, Android vs. iOS, Dominos vs. Pizza Hut, among a host of others are just a few of the debates that never seem to get old. Each of them is immensely popular brands that appeal to a large number of loyal consumers. Dell vs HP is one such debate that dominates the PC segment. And while we confess we can’t settle that debate here today, a detailed comparison may help you make a more informed choice when you are out to buy a new laptop.

Before we delve into the differences, it is worth noting that Dell and HP laptops are more similar than most of the consumers realize. Internally, they use basically the same set of hardware including processors from Intel, Modems from Broadcom, Hard disks from WD or Toshiba, memory chips from Samsung or Toshiba displays from LG or Sharp, among others. For that reason, many consumers find such comparisons to be redundant and if truth be told, they aren’t entirely wrong. But they aren’t entirely correct either. There are indeed some crucial differences between the two brands including.

While both brands serve from low to high-end segments, Dell laptops are known to be slightly more expensive than their HP counterparts with similar specs. The differences are too small to be deal breakers but for those shopping on an extremely tight budget, would find themselves steering towards HP more often than not.

There was a time when Dell seemed to have stuck to its old-school design aesthetics on its Vostro lineup but has since rebounded to the mainstream. At this point, the designs of both Dell and HP laptops are almost similar. You might find HP to have a wider color-catalog and Dell experimenting more with textures, but there is hardly any design you would find in the brand but not the other.

While there are no drop or stress tests to prove this point, Dell laptops generally have a reputation of better build quality while HP laptops are sometimes termed as shaky. Of course, such issues are found only in lower segments but that’s definitely something you should remember.

Apart from hardware configuration, HP generally ships its laptops with more custom features whereas Dell generally offers as some would call stock Windows. Given that we aren’t comparing two

Again, there are no endurance tests to prove this point but HP laptops have a reputation for longer battery life. No, we aren’t talking about battery backup but the overall rate of degradation of battery life. That is, you might need to replace the battery of a Dell laptop before that of HP.

Various surveys have concluded that Dell customers are more satisfied with customer service than those HP customers. Plus the fact that Dell generally offers bundled offers like an accidental warranty on its laptops certainly help boost customer’s confidence in its products.

Objectively speaking, the laptops from both the brands are so similar that even if you picked one blindfolded, there is no chance of making a mistake. But at the same time, if while purchasing a laptop, you wish to weigh in more than just hardware configuration, we suggest you go with Dell laptops for a better build quality and service. But if you want more features and want to save a few extra bucks, HP should be your ideal choice.