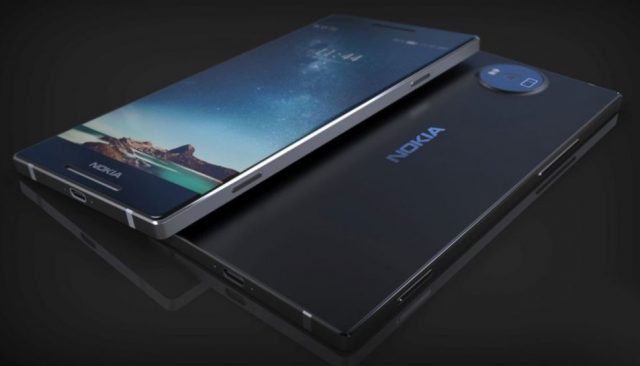 After successful launch of its featured, mid-segment phone Nokia 6, which already is breaking booking records, the mobile legend has now got all its fans excited about its flagship- Nokia 8. Expected to pack the best of specs for Nokia to make a remarkable comeback, hopes are high and the leaks thus far suggest that it will meet them all.

Here is all that is known up to this point:

Various picture leaks have shown the phone to have a slim metallic unibody design with curved edges. The almost bezel-less front has a physical home button and capacitive recent and back buttons. The back has a dual-lens camera in the center with Nokia logo printed horizontally below.

Though not confirmed at this point, the phone is poised to pack a 5.3-inch QHD screen and offer 4GB/6GB variants. What’s confirmed  is that it will house a 13MP back camera developed by Zeiss and powered by latest Snapdragon 835 SoC.

Now, this is possibly the sketchiest detail because different leaks have suggested different price tags till date. The latest one suggests it to be $605, while the earlier leaks proposed it to be $675 and $470.

Fortunately, all the speculations and anxiety will finally end on August 16, when the phone will be officially launched.