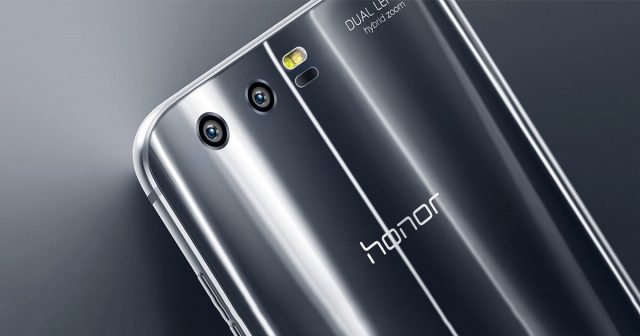 Cavorting a sloping edge design, Honor 10 comes with an IPS LCD capacitive touchscreen, 16M colors with 5.84 inches. It will be available for purchase in India from May 16 via Flipkart.

Huawei’s e-brand Honor is just about to release its flagship Honor 10 on coming May 15, 6:15 PM in India and London. Honor 10 was released in China last month and it brings some key design features brought by Huawei P20 smartphone in midrange segment.

Markets To Be Captured

This launch is an extension of the device to global markets of Europe and Asia. It is already available for purchase in the home market China.

Ahead of the launch, One Plus 6 is about to be released on May 16. Honor 10 will be exclusive to Flipkart and will go on sale starting midnight on May 16.

The launch event will be streamed live from London on Honor’s Facebook page and YouTube Channel. Huawei is making use of hashtag #BeautyInAI to promote the device.

Honor 10 borrows the exuberant design of Huawei P20 and P20 Pro. It comes in an aluminum frame with glass on front and back. As announced, it will come in Mirage, Mirage Blue, Purple, Magic Night Black and Gray Gull colors. It will, however, be available in two colors in UK and India – Mirage Purple and Mirage Blue. The hue changes as you tilt or move the device in the light.

A tiny chin at the bottom will hold the fingerprint sensor, despite the taller aspect ratio and notched display. A dedicated neural processing unit, Mali-G72 MP12 GPU and Huawei’s own Kirin 970 SoC will power Honor 10.

Primary model of Honor 10 comes in 4 GB RAM, 64 GB storage with three different storage options. It does not, however, support expandable storage as of now. Featuring dual camera at back, which is almost similar to Huawei P20. It has two horizontal sensors (Fingerprint (front-mounted), accelerometer, gyro, proximity, compass) out of which one is a 16-megapixel sensor with f/1.8 aperture and another one is a 24-megapixel monochrome sensor. It will support phase detection auto-focus and LED flash. Honor 10 features a 24-megapixel camera with f/2.0 aperture and support for 1080p video recording. This smartphone beautifully captures images to make use of AI capabilities in a better way, which also allows a user to shoot enhanced portrait selfies. It detects faces in a better way in the image gallery for grouping images.

Honor 10 comes along with 3.5, a headphone jack that has – Active noise cancellation with a dedicated microphone and a 32-bit/192kHz audio and is furnished with 7.1 multi-channel Hi-Fi audio chip, which also supports a 7-channel sound-effects for a better audio experience.

Honor 10 is backed by a non-removable Li-Po 3400 mAh battery and makes use of USB Type-C port for charging.

Amongst other features, it has:

It competes with OnePlus 6 in every aspect and it seems both smartphones will vary only on price.