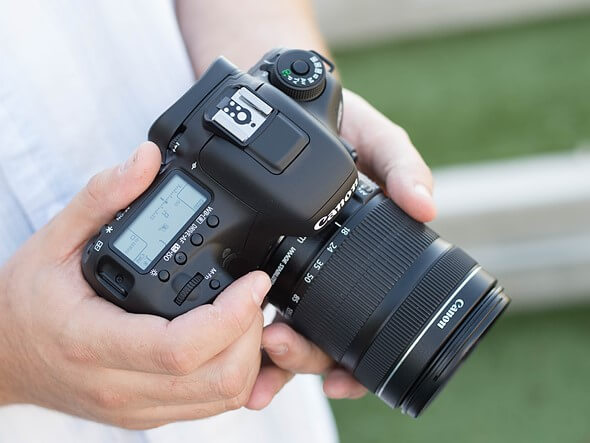 Canon is a name that needs no introduction in the world of optics. The company is preparing to release multiple cameras this season to keep its lead in the segment. If you are one of the Canon’s fans, there is a lot more than you must be aware of Canon upcoming DSLR cameras 2019.

While there is no concrete information out yet as the company keeps a tight lid over upcoming Canon cameras, the online listings indicate that it has, in fact, six new cameras lined up for launch. Out of the six,

It is almost certain that this company won’t launch all these new cameras at once but we can still expect them to be unveiled by the end of the year.

As mentioned, we are still in the dark when it comes to exact specs or even which of its existing lineup is being upgraded or if the company plans to introduce an entirely new lineup, but going by the past trends, here are three of the most likely candidates. The EOS 7D Mark III has been the subject of rumors for quite a while now and given that EOS 7D Mark II is now over three years old and has started losing out to competition from Nikon, it’s the flagship camera received an update. If the prevailing market is any indication, the camera would most definitely have Wi-Fi, touchscreen, 4K recording capabilities, focus peaking, and a considerable boost to the sensor resolution and focus.

What Should You Pick: DSLR Vs Mirrorless Camera It is said that Canon D850 / T8i has 24 megapixel dual pixel CMOS autofocus sensor with 4K video recording capability. But at the same time, we can also get some indication that there is some limited 4K video capability inside the Canon T8i, we probably have the same limit as Canon EOS M50 camera. 4K video recording will be limited to the reverse-based AF system, it clearly indicates that the dual pixel CMOS autofocus system will be reserved for now and full HD video recording mode. In another set of specification, the camera will suggest getting a new image processor from Canon, and with the help of the new image processor and sensor, we will see some improvements in image quality, dynamic range and low light performance of the rebel series camera. We are confirmed Canon 1DX Mark III camera is Coming in at the end of 2019 or Very Beginning of 2020. The camera is said to feature a fully brand new sensor with quad pixel auto-focusing sensor (rumors suggest Canon working on quad pixel sensor prototypes for their flagship camera). Hybrid Viewfinder for the first time in Canon DSLR, the introduction of dual Digic 8 image processor and massively improved AF system. The Canon 1DX Mark III does 6K and HDR Video (whatever it means) and for the first time, it will carry the completely silent electronic shutter inside. Another logical addition to the EOS DSLR line would be a replacement for EOS-1X Mark II, although there is no big demand for updates yet. After all this, a very respectable 14fps explosion shooting option with 4K video offers and offers excellent focusing system. That said, Nikon last year either with his excellent D5 canon is giving heat, so there is definitely some fresh spot.

We will update you soon as we get any new information related to the Canon upcoming DSLR 2019.

Canon may also introduce an entirely new camera which will either be a DSLR or a full-frame mirrorless camera with interchangeable lens. It will be a high-end camera with Wi-Fi and Bluetooth for connectivity and a 1800mAh battery. The new camera is also tipped to use the same radio parts as in the Kiss M cameras.

Check-out: Top 5 DSLRs for Beginners You Can Buy Right Now

Canon has a new compact shooter in the pipeline which can either be an upgrade to an existing lineup or of a new series. What we can tell is that it will have inbuilt Bluetooth and Wi-Fi connectivity and is being made in Japan.

Overall, if you are looking to buy a new camera, Canon has got much in store for you this season. All you need to do is just be patient and wait for the official release.