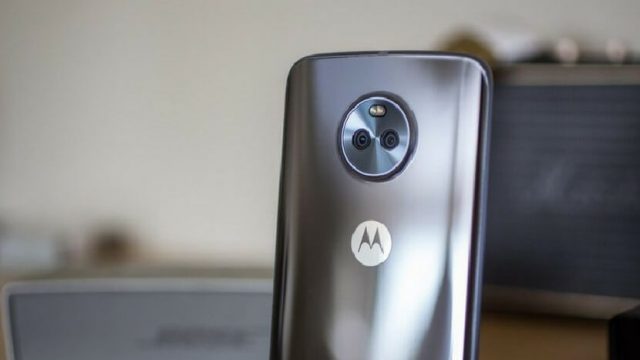 Motorola is a company that has been on a rollercoaster for quite some time. Renowned as one of the pioneers of mobile devices, it has lost most of its initial sheen, been taken over twice and lost the majority of its customer base. Currently, a subsidiary of Chinese giant Lenovo, Motorola now seems to have picked the aggressive side and has launched nine phones this year, with the Moto X4 being the latest.

Housed in a metallic panel and glass body, the Moto X4 flaunts its iconic camera-bump in the back that has a dual-camera in it. That’s where the excitement stops and for the rest, the design feels like a mere iteration of its predecessors than a new product. Bezels on all four sides, the fingerprint sensor at the bottom and the same old shiny look, the device does look premium but nothing that we haven’t seen before.

This where things get awkward. Motorola wants this phone to be neither high-end nor mid-range because it already has its Z and G series doing well in those segments. So, the company has been struggling to lift it up from the level of Moto G5 Plus but avoiding it to reach the level of Moto Z.

Powered by octa-core Snapdragon 630 SoC, the device comes with 3GB RAM and 32GB internal memory, which can be extended up to 2 TB via MicroSD card. For the dual camera, the device clubs a 12MP sensor of f/2.0 aperture with an 8MP of f/2.2 aperture to offer a 120-degree field of view. The phone also has a 16MP front camera with dedicated LED flash.

Having a 3000mAh battery, X4 sports an impressive 5.2-inch full HD screen with a layer of Corning Gorilla Glass. And yes, it has a 3.5mm jack and is water and dust-resistant.

On the software front, there are two things worth mentioning- first, it is being offered under Google’s Android One program, that means it is guaranteed to get earliest updates in the future. Secondly, besides Google assistant, it also has Amazon’s AI assistant- Alexa with thousands of its capabilities that you can leverage for a myriad of tasks.

The phone was first released on 26 October in the US with a price tag of $399 and has been officially launched in India today for Rs. 20,999. The Moto X4 will be exclusively available on Flipkart.com