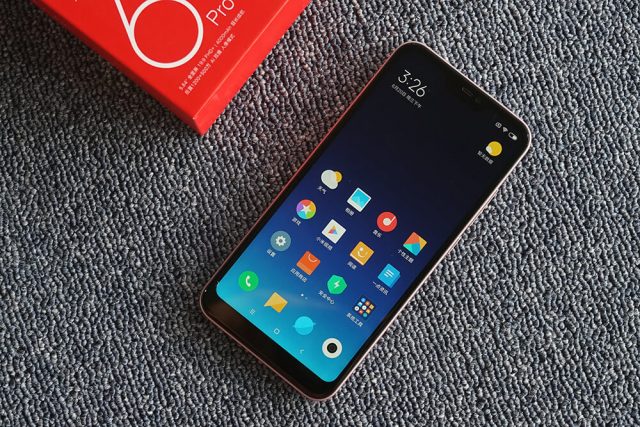 The Chinese smartphone manufacturer is all set to extend Redmi Series by adding its upcoming smartphone in its portfolio. The firm has introduced a min-range smartphone, Xiaomi Redmi 6 Pro.  The handset will be launched in next two months in India. According to the Xiaomi, the upcoming phone sports with a 5.84-inch FHD+ 19:9 aspect ratio display with a notch. It gets power by Snapdragon 625 with up to 4 GB RAM. It is also confirmed that the cell phone executes the operations via Android 8.1 Oreo with MIUI on top.

Talking about the camera set-up, you will be able to capture a perfect picture as it is loaded with a 12-megapixel rear camera with flash along with a secondary 5-megapixel camera for AI portraits and AI scene detection. You can also take a smart selfie as it is featured with AI portrait 5-megapixel front camera that will also be used to unlock the phone.

It also comes with dual SIM and MicroSD slots and is loaded with a 4000mAh battery. The smartphone will be available in the marker with five different paint schemes.