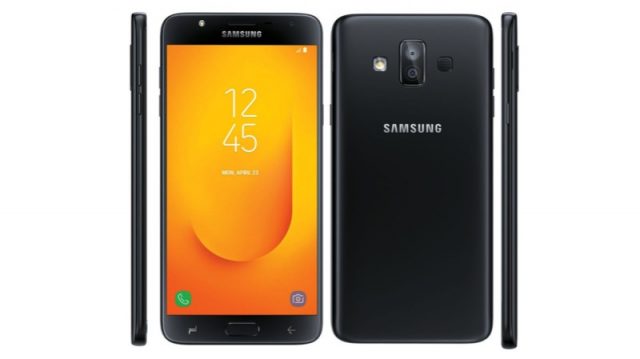 The South Korean mobile maker, Samsung has created a lot of jinks by unveiling its midrange smartphone, Galaxy J7 Duo in India at a handsome price tag of Rs 16,990. The handset will be available by 12 April in two colors Black and Gold in the country. The smartphone houses a 5.5-inch Super AMOLED display with a resolution of 1280 x 720 pixels. But for the display is 16:9 display, not the trendy 18:9 display panel. The mobile is featured with the 1.6 GHz Exynos 7 series chipset.  The mobile runs on Android 8.0 Oreo. The handset comes with 4 GB RAM and 32 GB internal storage that can be expanded up to 256 GB with the help of a MicroSD card.

coming to its camera specs, the phone sports with dual cameras including a 13MP primary f/1.9 sensor and a secondary 5MP sensor, which captures depth information. There’s an 8MP selfie camera on front side.

Other noteworthy features including 4G LTE, VoLTE, Wi-Fi 802.11 b/g/n, Bluetooth v4.1, GPS, dual SIM and a micro USB 2.0 port. Talking about the competitor, the device will give a tough competition to the Xiaomi Redmi Note 5 Pro and the newly launched Nokia 6 (2018) smartphones in the country.