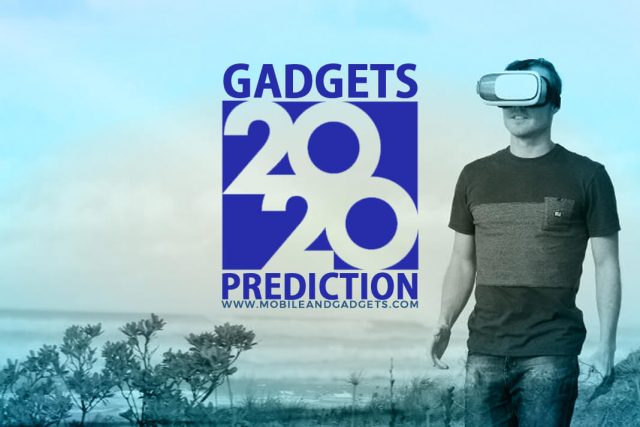 Facebook founder and visionary Mark Zuckerberg recently made a prophesy that smartphones, as we know it, will become obsolete in the next 10 years. And if you look at the history and evolution of technology, that isn’t a far-fetched idea because 10 years is indeed a very long time in the reference of technology. To put some perspective, Gordon Moore pointed out once, “If the auto industry advanced as rapidly as the semiconductor industry, a Rolls Royce would get half a million miles per gallon, and it would be cheaper to throw it away than to park it.” While there is little chance of it happening anytime soon, it doesn’t stop technology from breaking new grounds and racing on with its innovation cycle. But as pointed out, 10 years in technology can be centuries for others and any prediction at such scale has a tendency to delve into science fiction and fantasies. So, keeping that in mind, we have here kept a modest projection for 2020 to curate a list of gadgets you should have by then:

Diagnosis, forever has been a reactive measure- where after a person gets sick, medical assistance comes into play. But that is all set to change in coming years as major tech and biotech companies collaborate to make medical diagnosis a preemptive measure.

There are already gadgets out in the market that monitor body vitals in real time and new technologies are under development where you are ingested with nanobots that keep track of internal cells and body mechanism. And here is the exciting part- imagine all of those gadgets and bots working in sync to collect all the data and continuously looking out for any anomalies to predict any disease even before it actually happens. From predicting Cancer and Diabetes to flagging weakness in immunity system, these gadgets will be the ultimate health specialists in future and also the best investment you can make.

Yes, VR headsets have been now available to public for years and you might even own one of them. But what we are here talking about are the refined products with universal adoption, much like smartphones are today. In fact, it’s one of those gadgets that many tech enthusiasts believe has the potential to replace television, something that not even smartphones could do. But with its current form with nauseated experience and scarce content, the gadget has a long way to go as is expected to achieve its deserving position by 2020.

Though currently limited only to a handful of games and apps, Augmented Reality is a technology that tech majors like Facebook, Microsoft and Apple believe is indeed the technology that will make smartphones obsolete in coming years and bring a major paradigm shift in our everyday life. While most of the high-end AR headsets, including HoloLens, are currently in development phase and aren’t sold to the masses, but with such large corporations pouring their best minds and resources, it won’t remain such for long. From attending meetings to watching holographs television to playing enthralling games, AR headsets promise something to everyone and you must grab one the moment it gets out.

Smart assistants, we all have today on our smartphones are really cool. They can send e-mails, book tickets, schedule events, tell jokes, and virtually everything that can be done on a phone. But they suffer from two very critical issues- 1. They need internet access for performing any task- limiting their usability; 2. Every personal information you share with them is processed and stored on servers- which by all means is a privacy nightmare.
Thankfully, researchers have now figured out a way to embed all that artificial intelligence and natural language processing capabilities into processing chip itself, thus eliminating both of those issues. This also means that you don’t necessarily have to use those services on a smartphone and can buy stand-alone devices that can do all those tasks for you.

Now this is something as if we are shooting in the dark. While there are many companies like Ericsson, Huawei, Samsung, among others are invested in research for years, there is still no definite timeline or protocol for its release. However, what seems clear is that the transition from current 4G to 5G won’t just be a matter of increasing speed, but will also encompass areas like latency, networks, device-to-device communications, and much more. If we go by some crude estimates, most of the companies should be able to complete their research and come up with related hardware by next year and it would take another year to reach a consensus on the protocol, which puts the release of 5G smartphones sometime in 2020.

No, having a smart thermostat or the Amazon Echo in your home doesn’t really make it smart and when we say wireless, we don’t only mean the gadgets should work without wires but are implying that they never have to be connected to a power source! With the rise of IoT, we have witnessed many smart gadgets including security cameras, a host of sensors- all of which are limited by power constraints. But researchers have now figured out a way to power those gadgets through radiowaves- something that is in abundance all around us. As these technologies go mainstream, you can install all such gadgets in your home that will enable it to essentially work on its own.

Every major car manufacturer and tech company is today involved in developing autonomous cars in one way or another. From General Motors and Google to Toyota and Tesla, everyone is racing to hit the market with a commercial release anytime soon. Just a few more years and you will be able to tell your car where to go and take a nap in the backseat. In fact, many industry insiders have the opinion that the technology and cars are ready even today and it is the infrastructure and commercial feasibility that is holding them back. Additionally, if you can just wait for a few more years, flying cars are also on their way to take you off-ground.