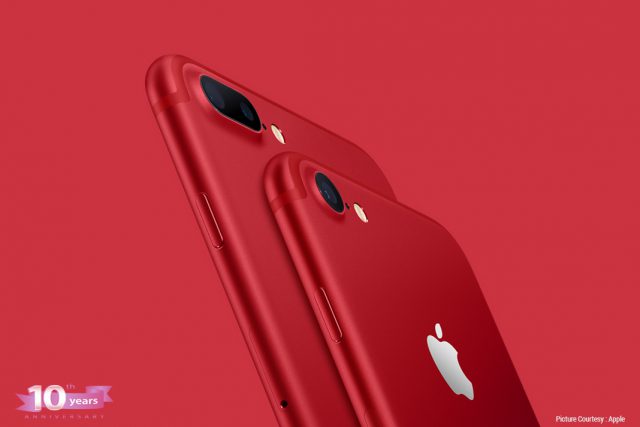 Like almost every day, there are a lot of surprises these smartphone thespians are bringing for the enthusiasts. And Apple Inc. never leaves us empty-handed.

By now, you probably have read about the rumors for Apple’s next blockbuster- iPhone 8. As rumored, the newest feature would be the edge-to-edge display, a curved AMOLED display, 5.8-inch screen and no home button, no bezels.

(AMOLED, they say is a technology primarily used by Samsung 8. Will iPhone copy their competitor’s choice?? Hopefully, September will reveal all the secrets.)

But surely, Apple is planning something massive for the tenth anniversary. Among all its products, iPhone is the favorite and most significant to the company and to the consumers.

One bright day for the company will the successful completion of a decade in the iPhone product line, and we expect a blowout.

Apple and its team are preparing to launch three iPhones this fall, plus the upgraded versions of two existing models. Maybe some next-generation devices!!!

For iPhone, we are sure it will be one brilliant creation.

As a part of preparations, Apple is testing a new type of screen for the redesigned phone, as announced by Bloomberg. Also, they are experimenting with curved glasses, stainless steel material and advanced (dual with zoom in features) cameras

Th news soon sent the world into a tizzy, but yes, each one of us has to wait for the celebration, because these redesigns will take time.

Per sources, Apple has already tested multiple prototypes, one of which included symmetrical, slightly curved glass at the front and back. The new OLED screen is flat like the iPhone 7.

Out of the three new products to be launched in the year, the overhauled iPhone (expectedly the premium model) will have an organic light-emitting diode display that will show colors more distinctly than ever. However, the other two will continue the liquid crystal display technology.

Since they are all under testing, the smartphone topliner may change its plans before the final day.

Fortunately, Apple has maintained its conceptual design since iPhone 4S, and we can witness it in each of the masterpieces they come up every year.

Regarding this 10th anniversary preparations, the world’s second-largest smartphone maker (Samsung tops the charts) is excited and has struggled so far to make it a gala event. In fact, this time, the company has actually done what they rarely do and that is, announced a goal that is still in progress and not completely figured out.

Of course, Apple’s promise on renewables and redesigns will be good for the environment as well as the business.