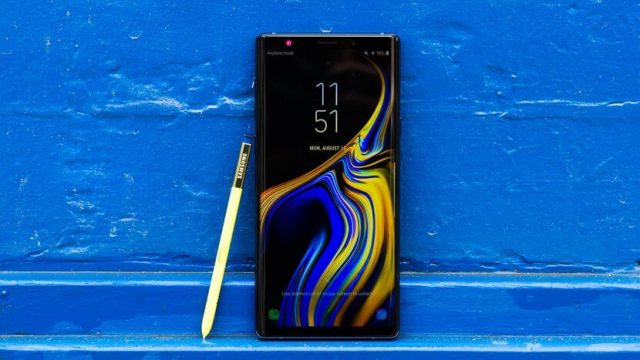 The much-awaited Samsung’s second flagship- Galaxy Note 9 was released earlier this month but not for everyone. While the phone is already up for prebooking and set to ship globally starting 24 August, it has yet to get an official release in India- which it will get today at 12:30 PM. The event broadcasted from the company’s newsroom can be live streamed here.

If you don’t already know, the phone comes in two variants- 6GB+182GB priced at 67,900 and 8GB+512GB priced at 84,900. And if you are looking to upgrade your phone, there are also some appealing deals available to make the purchase worth it. For starters, if you pre-book the phone now, you’ll be eligible to get Samsung’s Gear smartwatch for just Rs. 4,999 that generally retails at Rs. 22,990. In addition to that, if you purchase the device using HDFC credit or debit card, you will get an additional cashback of Rs. 6000. If that’s that not appealing enough for you, there is also a Samsung exchange program where you can replace your smartphone and have its price adjust against the price of Galaxy Note 9.

For those looking for affordable options, they can get the device from Airtel at an initial down-payment of Rs. 7,900 and thereafter an EMI of Rs. 2,999 for 24 months including an in-built postpaid plan.   Along with the affordability, if you purchase the phone from Airtel, you would be among the first users of the device as the company is promising to ship phones starting 22 August while it won’t ship globally until 24 of the month.

Get More Details about the Samsung Galaxy Note 9, Click Here.