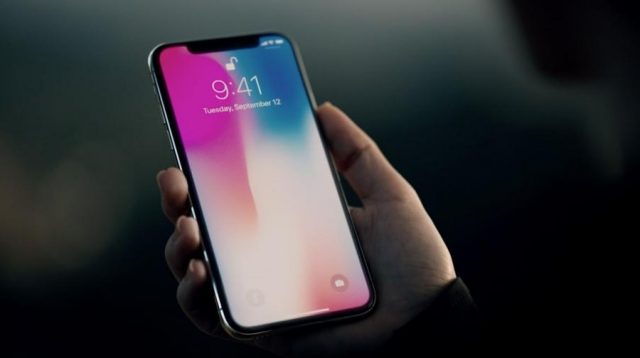 Apple’s CEO, Tim Cook announced its latest offering, iPhone X along with iPhone 8 and iPhone 8 Plus at the Steve Jobs Theater in the Apple Park campus in September. Now, it is finally here and you can grab your copy of the most expensive iPhone ever from the retail stores near you.

The wait is finally over, and it is time to pay out and satisfy your iPhone temptation. The smartphone was up for pre-orders from October 27 and reports reveal that it received a blistering response from the fans.

We are here to discuss if the hype about the ‘X’ is as good as it appears and is it worth to spend a small fortune on the phone? We have listed down five reasons for and against the purchase of the Apple iPhone X. Hope you find it useful and make a wise decision.

It is the first ever iPhone to sport FaceID that is certainly a futuristic feature for the fans to experience. FYI, the company has replaced TouchID with FaceID for unlocking the phone that is powered by a neural engine, a new A11 bionic chip and TrueDepth camera technology.

A detailed digital “map” of the face is recorded while users attempt to set it as their phone unlock feature. The company claims it to be extremely safe and it’ll keep hackers at bay. However, the feature didn’t work as expected at the announcement ceremony held at the Steve Jobs theatre.

It is the first iPhone to embrace an edge-to-edge 5.8-inch OLED display, which is pleasing to sight and exceptional at the quality. The iPhones are getting bigger in size and iPhone X is no exception. It boasts a SuperRetina screen of 2436 x 1125 resolution that also supports DolbyVision.

Awesomeness and innovation continue with this feature of the iPhone X. There are Animojis (cartoon animal characters) that can replicate your facial expressions. It is another exclusive Apple feature that has been made possible with phone’s front camera and 3D mapping sensors.

The cameras (front and rear) come with enhanced capabilities. Optical image stabilization (OIS) has been incorporated to both the cameras. The rear camera setup has a new quad-LED True Tone Flash with Slow Sync and offers 4k video recording. The specially-designed front camera is a 7MP TrueDepth camera with phenomenal FaceID capabilities.

With a number of new tricks, portrait mode makes it even more alluring to click and capture portraits. The feature of adding professional lightning to photos is something that’ll add a professional touch to your phone-clicked photographs. There are five different effects-

The hefty price tag it comes with is something that’ll hold a lot of buyers back if not all. It has been slated to be a £999 iPhone, most expensive iPhone ever.

iPhone X is powered by the A11 processor, which the Apple’s latest 10nm A11 Bionic chipset with six-core CPU. The same configuration is boasted by its other siblings including iPhone 8 and iPhone 8 Plus. Then why spend huge on ‘X’ when you can buy 8 and 8 Plus at much lower prices.

The iPhones are said to be the easiest smartphones as far as UI is concerned. But the new iPhone X has done plenty changes to its basic UI, which are good enough to baffle users in the first place. No Home Button, the inclusion of FaceID, new UI and much more which users need to adapt with.

There are not enough features that distinguish the ‘X’ from comparatively cheaper iPhone 8 and iPhone 8 Plus. This means spending hugely on ‘X’ is not a wise decision.

Although, it is beautiful and grants a stunning look to the phone, it is too fragile to handle. You need to be extra careful with this phone and getting it replaced in case you break either end (front and back) would be costly too.