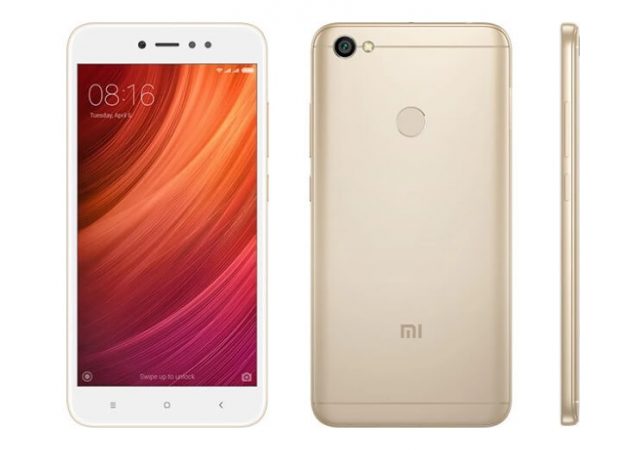 Xiaomi, that has been in the Indian market for just around three years, is now the second largest seller and is all set to take the market lead from Samsung. Xiaomi’s strategy to deliver high-quality products at half the price of its competitors has done wonders. So, the company seems to be going to stick with it for a while. The proof of it came today at its launch event in the form of a new phone series- Redmi Y.

Posed as a selfie phone, the key highlight of the device is its 16MP front-facing camera and an adjoining LED selfie-light. As for other specs, the device is powered by Qualcomm 435 SoC, has a 13MP rear camera, 5.5-inch HD display with Gorilla Glass, and a fingerprint sensor at the back. The device is cased in an aluminum alloy mid-fame that promises much better heat dissipation and houses a 2.5D curved glass. Also, the phone supports dual Nano SIMs, MicroSD card up to 128 GB, and can be used as an infrared remote.

While most of these features are now pretty standard in mid-range phones, it’s the price point that makes this launch a blockbuster. Coming in two variants- 3GB+32GB and 4GB+64GB, the Redmi Y phones will cost you 8,999 and 10,999 respectively.

Moreover, as is the trend these days, the device also has its lite version- Redmi Y1 Lite. Priced at 6,999 for 2GB+16GB, the device runs on Qualcomm 425 SoC, and except for that front-camera, has pretty much all the same features.

Both phones will be available on the market from the next week, i.e., Wednesday, 8 November, and can be bought from either the official portal of Xioami or Amazon.in.