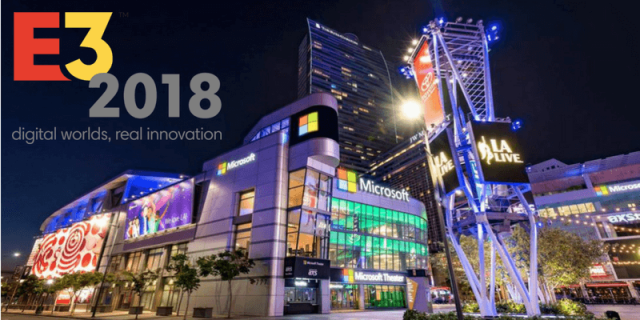 E3 2018 is in full swing and Microsoft is out on a mission- to try and project itself as the leader in the gaming world, ahead of long-term incumbents like Nintendo and Sony. In the words of Microsoft’s head of Xbox- Phil Spence himself, “The world of gaming is on a historic growth path,” and they are trying their best to position themselves to extract the most out of this opportunity. And the conference at E3 2018 had ample announcements to confirm such expectations. First of all, Microsoft announced that it has acquired five studios for creating exclusive content for Xbox ecosystem, which isa major complain that gamers had with the console earlier. Now given its immense cash pile and influence, we can expect it to have some pretty impressive content in future. To give a little perspective, the company has announced a staggering 50 upcoming titles, of which 20 will be exclusive to Xbox.

And it’s not just about new avenues but what may be one of the major excitements for gamers, Microsoft is adding a new title to its iconic franchise- Halo. Called Halo Infinite, the company promises that it will be the character’s “greatest adventure yet” but there is no confirmed launch date as of now. Other blockbuster titles including Gear of War and Fallout 76 too are getting their sequels.

On the hardware front, while there were rumors of Microsoft detailing its next Xbox, the company is choosing to keep it behind curtains for now. Expect for a casual hint that the engineers are indeed working on the next version; there isn’t much to talk about it. Overall, seeing the company affirming its position at E3 clearly outlines the message it was trying to put across- choose Xbox over PlayStation or Switch, and that is perhaps the biggest takeaway from the event.