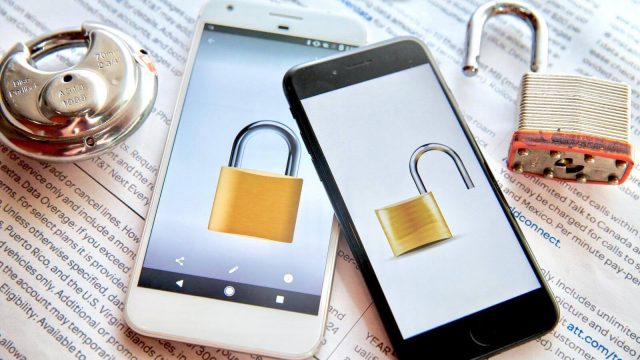 Choosing the best smartphone for oneself is a very tough task, not because aren’t many viable options but because there are too many! And even if you manage to zero-in on a particular model, the next puzzle to solve is- unlocked or locked? But what’s the difference anyway? Or is it even a question worth deliberate or just over-hyped? Let’s take a closer look:

When phone manufacturers like Apple, Samsung, Nokia, among others make smartphones, they are network independent and can be used on any carrier. Then network carriers strike backroom deals with phone manufacturers to offer locked versions of their phones.

To “lock” the device, they install a piece of software on the device that along with offering some bolt ware and carrier-specific features also makes it non-compatible with other carriers. Technically, you can break the lock anytime but may have to pay penalties for that. There is something to relish too, you are legally allowed to unlock it once you have made the full payment or served the contract.

See: Fertility monitors for men and women. Can they help couples get pregnant?

As you can see, more one type being better than the other, it’s a matter of trade-off. You get the freedom to switch networks, use international SIM cards, and more smartphone options when choosing an unlocked version while you get better network support, network-specific features and lower price in an unlocked version. About the price, however, there are other factors involved as well that we will talk about in a moment.

Are universal phones the same as unlocked phones?

No. Remember when we said that phone manufacturers build carrier-neutral phones? Well, it was kind of misleading. There are basically two kinds of mobile networks- GSM and CDMA. In the US, AT&T and T-Mobile have GSM network while Sprint and Verizon are based on CDMA network. The point being, even if you buy an unlocked phone, your options are essentially limited to 2 carriers of either category plus international carriers.

The universal phones, on the other hand, are truly carrier-neutral that can be used across all networks. There are currently very few universal phones available in the market of which iPhone X, Pixel 2, and Moto G6 remain the most popular. So if you really want to have the option of switching networks, universal phones are much more appealing than unlocked phones.

This is one of the key factors that influence the decision between a locked and an unlocked phone with the common notion prevailing that unlocked phones are more expensive than locked ones. This is both true and false. If you going to outright buy your phone, you will have to pay basically the same price for both locked and unlocked versions. It gets complicated when you get it on contract.

The best part is, you get your phone at very less or no upfront cost and pay the price of the phone over the period of your contract, which is generally 24 months. Now even in this case, you can find the locked version more or less expensive than the unlocked counterpart. If you have a good credit history, you most likely would get 0% interest rate and thus wouldn’t pay any extra amount. But with bad credit history, you will be charged higher interest rates and would end-up paying much more than unlocked version.

To cut it short, locked phones aren’t cheaper. It’s just you have to pay less initially. They can, however, end-up being expensive if you have a bad credit score.

While there is no perfect option for all, the boundaries are clearly defined. If you travel a lot and can’t tolerate bad carrier service, get yourself a universal version. For domestic users, it generally boils down to what kind of a deal you are getting. If carriers are offering you a 0% interest rate, there is no solid reason to decline. But if you have a bad credit history, you would be better off with an unlocked phone.