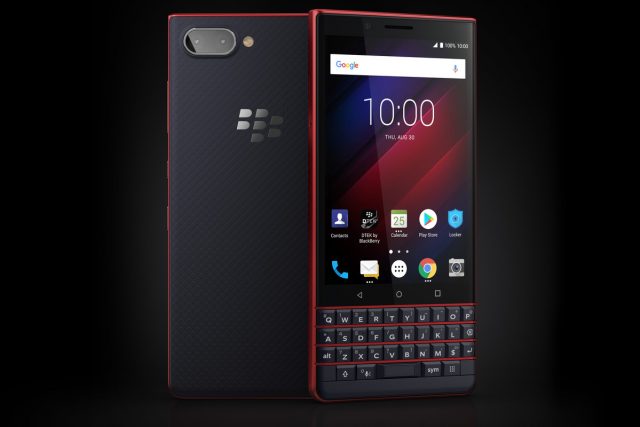 Optiemus Infracom, the maker of BlackBerry-branded smartphones has launched a new phone- BlackBerry KEY2 LE in India. This phone was first introduced at IFA 2018. This phone has a QWERTY keypad. Talking about its specs,  Snapdragon 636 processor, 4GB RAM, Android 8.1  and two rear cameras have been provided in the phone. This is a downgraded variant of Blackberry KEY2.

Blackberry KEY2 LE has been introduced in India at Rs 29,990. It can be bought exclusively from Amazon India. Its sale will begin on Amazon from October 12. This phone will be made available in atomic, champagne, slate and space blue color variants. Based on the price, this phone collides with Asus Zenfone 5Z. The price of this phone is also Rs. 29,999.

Talking about photography, dual rear camera setup is given in the phone. Its primary sensor is 13 Megapixels with f / 2.2 aperture and phase-detection autofocus. At the same time, a secondary sensor is 5 Megapixels with f / 2.4 aperture. It has a dual-tone LED flash with it. Speaking of the front camera, the phone has a fixed focus sensor of 8 Megapixels. For connectivity, features such as 4G LTE, Dual-Band Wi-Fi 802.11ac, Bluetooth 5.0 LE, NFC, GPS / A-GPS, GLONASS, and USB Type-C ports are provided in the phone.

Design and display: The phone is handy and the look is not very different from other Asus phones. The fingerprint sensor has been given in the rear. The phone has an aluminum body. The phone is available in Silver and Black color variants. Its metal glass back gives premium look. The phone has a 6.2-inch display. In terms of display size, the Zenfone 5Z is smaller compared to other phones like the Samsung Galaxy S9,

Mobile & Gadgets - May 10, 2018
Subscribe for Latest News of Mobile and Gadgets