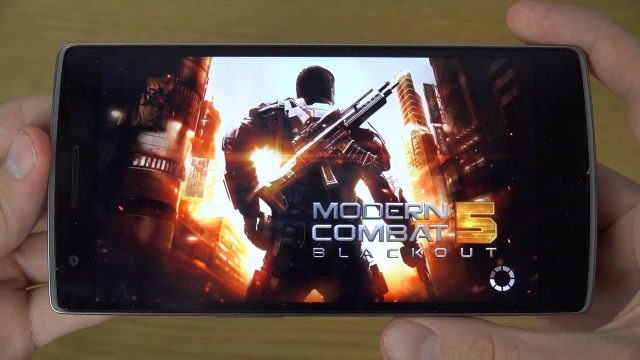 The state of smartphone industry sometimes resembles an arms race with successive smartphones featuring hardware way more powerful than the users may ever use. After all, you can easily browse the web, play music, and perform all of those other casual tasks on a smartphone packing even a low-end processor. Then why do we have smartphones packing octa-core processors with more than half-a-dozen gigabits of RAM? Well, to play games.

Yes, smartphones no longer are merely communication or utility devices but are also the entertainment hub for many. And with large games with high-end graphics available on app stores, it is only natural that devices will have enough juice to glide them through. So, if you are one such mobile gaming enthusiast, here are 5 best android phones for gaming in India that will serve you without a glitch. This is actually the only phone on the list that is marketed exclusively as a gaming phone. And the fact that it is liquid-cooled and packs the top-of-the-self hardware, leaves little doubt over its performance. The phone also supports a plug-and-play gaming pad on one side to further enhance the gaming experience.

Simply putting it, Samsung is the top smartphone maker in the world and Galaxy S9 is the best phone they are capable of building at the moment- making it one of the finest phone available. Packing the latest processor and the best display on the list, the device is certainly built to impress. If you are worried about lower memory than others, rest assured that high optimization on the company’s front will take care of the lags. Some reviewers have called this device a beauty and a best. Having a full bezel-less display on the front and the latest CPU and highest possible memory under the hood, if this device can’t deliver a seamless gaming experience, no device can. Additionally, with a massive 256 GB of inbuilt storage, it will also enable you to create a catalog of games besides just playing with them. There is no way you can ignore OpnePlus when talking about high-end specs and performance. Though the device is much older than the previous ones on this list, it still packs an impressive punch. The 6-inch AMOLED screen is simply a delight for high-end graphics that is powered by arguably the second-most powerful processor. With ample memory and storage, you also can attach gaming pads for further immersive gameplay. This phone too made quite a stir when it was launched late last year partly due to its high-end specs and party due to its seemingly low price. Though a bit on a heavier side and having comparatively lower storage, the phone is still a pretty solid bet to handle all the high-end games that you throw at it.

Thank you for your attention, if you have any suggestion about the 5 best android phones for gaming in India, please give in comment section.