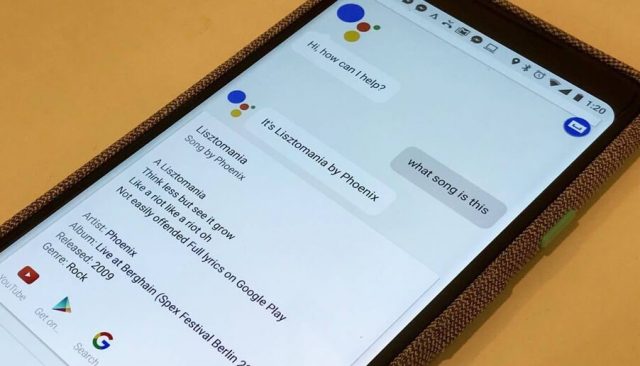 Have you ever felt that mental itch when you hear a tune and just can’t remember which song it is from? Yeah, we have Shazam app for that but not all of want to keep a dedicated app for telling us the song. However, there is one thing that’s available on every Android device- Google Assistant, and in its latest update, it has been empowered to recognize songs.

All you have to do is say the words “Ok Google” to fire up the Assistant and then ask, “which song is this?” or “which song is playing?” and it will immediately serve you with all the related information like the title, the artist, the album, lyrics and links to YouTube and Play Music where you can go listen to the song.

How does it do it?

Well, the process is a bit intricate than it may initially seem. There is a lot of work involved before the actual search takes place because contrary to general perception, machines can’t hear sounds. What it instead does is take a song and pass it through a Spectrographic algorithm that takes into account the frequency, amplitude and time to create an acoustic fingerprint of it in numerical terms. It is this fingerprint that is matched in the existing database of songs. And that is also the reason why these apps generally don’t recognize vocal playbacks or the songs at concerts because they simply can’t reproduce the same frequency and other parameters as the studio recordings.

If we talk about numbers, Shazam has a database of around 11 million songs and also the first to create the algorithm. Google, for now, has started with a database of 100,000 songs but scaling has never been an issue for the company, we can expect it to grow manifolds soon.