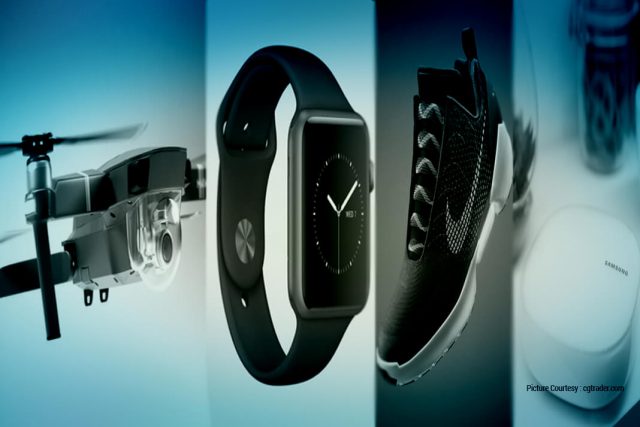 Remember the scenes from movies Back to the Future II, Matrix, Star Trek, Star Wars? These movies had shown us the fantastic fictional futures using implausible technologies like smartphones, wearable, personalized billboards, virtual reality glasses, Oculus Rift way before when we only felt them to be purely fictional. Star Trek showed us the first smartphone named Tricorder.

See how sleek and smaller the devices are now from then movies. Incredible!! We will soon witness groundbreaking sci-fi technologies in the real world. Much of it is already in existence now- touchscreen computing, motion sensors, concept of smart home, smart city, voice assistants like Alexa and Mark Zuckerberg’s Jarvis for smart home. Technology has grown tremendously and so have our decisions, choices and accessories.

But not all gizmos are easily available at the retail stores, some of them are to be researched well to get them in your hands. So, here we tell you 5 mystifying gadgets that seem to belong to those sci-fi movies that we couldn’t dream to have existed. Fortunately, they’re here and you can buy them now. A drone that we can buy for us – DJI Mavic is an absolute game changer. With a foldable design that unfolds like a transformer, it has ½.3-inch CMOS sensor with native ISO of 100-1600 for still images and 100-3200 for videos.

What’s remarkable about the drone is that it can be carried conveniently in a backpack form. The 4k camera quality is stunning. All paparazzo and shutterbugs should grab one this year. The shooting edge is on in this new launch by the largest smartphone provider.

After Galaxy S7 (declared as the best smartphone of 2016), S8 is awondrous creation. Bright light landscape, a 12-megapixel sensor, edge-to-edge OLED, nearly bezel-less screen, infinity display is offering a wow factor to many. While S8+will be a whopping 6.2-inch screen, S8 is a decent 5.8-inch display.

Recently launched, analysts are positive and remarked that the smartphone Galaxy S8 is taking smartphones in the future. If you are an Android enthusiast, you shouldn’t stay back but book your device at the earliest. Discussing technology, we can’t really skip mentioning about the godfather i.e. Apple Inc. With a lot being illustrated for iPhone 7 this year, we want to focus on Apple’s smartwatches. Though smartwatches are nothing modern in 2017, but Apple Watch series 2 will blow your mind.

A flamboyant design fashioned in a smart technology that adorns your wrist all day such that others can’t take their eyes off- smartwatch series 2 is an explosion. There is a svelte, square face with digital crown and side bottom for navigation, Apple gives you enough scope for customization.

If already owning one, there is good news for Apple fans that the Series 3 will soon make its debut in the second half of this year.

‘Back to the Future’s Self-lacing shoes I was like jaw-dropped seeing those self-tying shoelaces in the movie, Back to the Future II. Always fantasized to have one, I was on Cloud 9 when Nike announced its new launch of self-tying shoes last September. Yes, this is a thing you can relate to those sci-fi movies.

Nike’s new product, named as Nike HyperAdapt, works on the lace-engine/ adaptive-lacing technology – a control board combo hidden beneath the shoe. As soon as the foot goes in, the sensor receives a signal and the system will automatically tighten, fitting you perfectly in the sneakers. There are buttons to tighten and loosen them. The Internet of Things is no more vulnerable and can be trusted for getting one into your home. Korean megacorp announced its intention to launch a new ‘Samsung Connect’ in March 2017. Samsung Connect Home is a mesh networking Wi-Fi hub built for IoT. Very similar to Google Wi-Fi, the Connect Home will link all your devices (that are compatible with Samsung’s SmartThings platforms)througha mobile app.

To your surprise, all Android owners (not with a Samsung smartphone) will at some point be able to connect their Samsung fridge to their IoT productand is compatible with hundreds of third-party smart home devices such as Philips Hue Lights, Netgear Arlo Camera and Ring Video Doorbell.

With just one device, you can control your entire home.

Stay tuned for more latest and popular geeky gadgets yet to come.