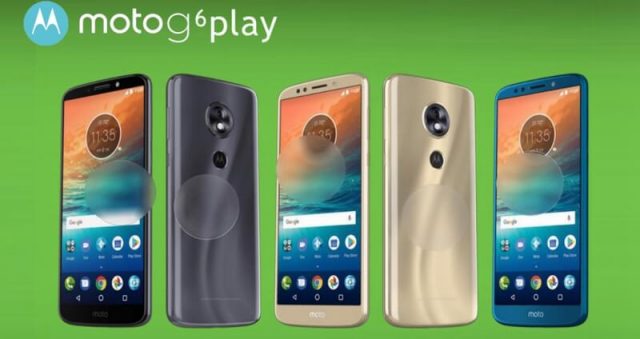 The Lenovo owned mobile manufacturer, Motorola is gearing up for launching its new generation Moto G series on April 19 at its press event that will be held in Brazil. It revealed when the company started sending invites for the launch event. The firm will unveil Moto G6, G6 Play and G6 Plus.

It is revealed, all smartphones get a full screen display with 18:9 aspect ratio and Moto G6 and Moto G6 Plus are featured with sport dual rear camera setup.

As per the reports, Moto G6 houses 5.7 inch full HD+ display with 1080*2160 pixel resolution. It gets power from the 1.8GHz Octa-Core Snapdragon 450 processor and runs on Android 8.0 Oreo. The Moto G6 will be available with 3GB/4GB RAM and 32GB/64GB of internal storage. The smartphone features with 12 MP+5MP of rear camera and 16 MP front camera for a perfect selfie. The handset is powered by 3000mAh battery with Turbo Charging.

On the other side, the Moto G6 Plus incorporates with several specs including a 5.93-inch full HD+ display with 18:9 aspect ratio, Android 8.0 Oreo, 2.2 GHz Octa-Core Snapdragon 630 processor, 3200 mAh battery . Talking about the camera, the mobile will come with rear dual cameras 12PM and 5MP and front camera will be 16 MP.

Now come to Moto G6 Play, the phone will grab everyone’s eyeballs as it is coming with a bezel-less display with 720*1440 pixel resolution and 18:9 aspect ratio. The phone sports with Quad-Core Snapdragon 427 processor and Android 8.0 Oreo operating system. It will be available with 2GB/3GB of RAM and 16GB/32GB of internal storage. The mobile will come with 4000mAh battery.