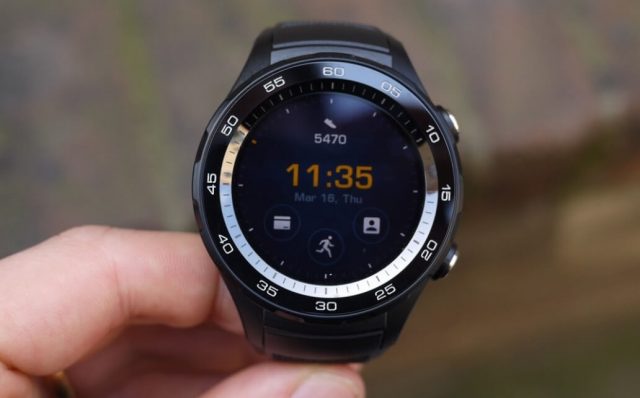 Smartwatches – largely considered as the next phase of technology that will eventually replace smartphones – have been around for quite a while but the growth and adoption seem to have stagnated. And there is a valid reason for that- as much as these watches have improved over the years with new features and capabilities, the basic constraint- its dependence on smartphones has largely remained unaddressed. This is the reason why smartwatches work more like an extension to phones than a self-sustained gadget be it notifications, making calls or tracking user activity.

With Huawei’s latest launch of Huawei Watch 2, sporting a dedicated 4G connection, smartwatches have truly made that leap towards being recognized and valued as an independent gadget, which is bound to later convert into mass adoption.

Apart from the dedicated SIM slot, the gadget packs plenty of impressive hardware and is capable of all functionalities that you generally expect. While the dedicated network connection gives you the liberty to leave your phone every now and then without the fear of missing out, the GPS and heart rate monitor takes care of all your fitness-related needs. Additionally, the watch also has Wi-Fi connectivity to save you from exorbitant data charges and Bluetooth to connect headphone for calls and music.

Overall, the launch is widely regarded as a shot in the arm for the faltering wearable market, and rumor has it that Apple Inc. too will boost their watch with such capabilities in its next iteration.

So, if you are one of those users who consider smartwatches as a mere cellphone accessory, you can now enjoy an independent usage.

Huawei’s Watch 2 is a gadget that is guaranteed to meet your expectations with a standalone 4G connectivity, and will drastically reduce the screen-time that consumes a sizable portion of our lives.