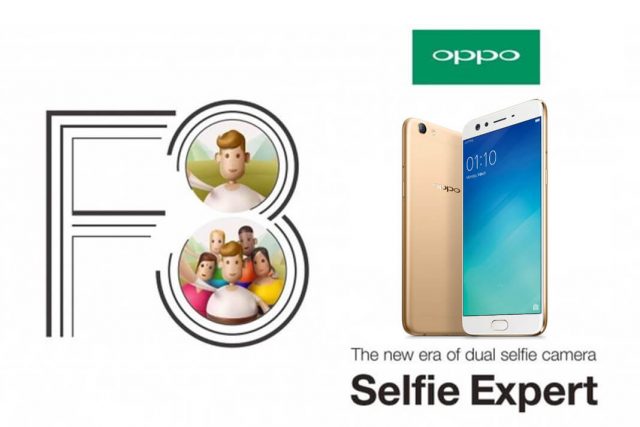 Winning the hearts of young and tech-savvy consumers lately, the Chinese smartphone manufacturer looks to build on the reputation. The company has launched the new smartphone with dual selfie camera named Oppo F3 (OPPO F3 Selfie Expert), which is a smaller sibling of previously launched Oppo F3 Plus.

To recap, Oppo F3 Plus was launched in March at a whopping price tag of INR 30,990 with some of the scintillating features. The new entrant F3 looks identical to its bigger sibling in terms of looks and design. However, the price is significantly less due to less exciting features than what its big brother sports.

One of the highlights of Oppo F3 is its front camera setup. It features the dual front camera with 16-megapixel and 8-megapixel camera. While the former sports a 1.3-inch sensor with f/2.0 aperture and a 76.4-degree wide-angle lens, the other comes with a double view wide-angle selfie mode with a 120-degree wide-angle lens- ideal for group selfies. In addition, it has a 13-megapixel camera with PDAF and LED flash on the rear that can capture images in the finest of quality. The popular camera features that are included- the Beautify 4.0 app, Selfie Panorama, Screen Flash, and Palm Shutter.

There is a Smart Facial Recognition feature that assists users in selecting the right lens for their clicks or it is smart enough to adjust automatically, Oppo reckons.

Based on Android 6 (Marshmallow), it has a 5.5-inch full-HD TFT display with Corning Gorilla Glass 5 protection. It is powered by a 1.5GHz MediaTek MT6750T6 octa-core processor that is coupled with 4GB RAM and Mali-T860 GPU.

With the dual-SIM offering, it bears a special feature called Clone Apps that allows you to run two WhatsApp accounts from one smartphone. There is a fingerprint sensor on the home button that efficiently unlocks the phone under 0.2 seconds. Your media files, documents and other necessary stuff can be stored on the inbuilt 64GB card, which can be expanded up to 128GB as per users’ needs.

The new smartphone is priced at INR 19,990.Pre-orders for Oppo F3 have already started that end on May 12 and it’ll start reaching the consumers from May 13.

Fighting the competition from other electronics companies like Xiaomi, Samsung and OnePlus, Oppo is doing every bit of it by trying all the tricks up its sleeve to stay ahead whether it’s online or offline.

“Retail is our most important channel, but from the last year we are also expanding to online channels as well” – Will Yang (The Director of Oppo India)